2013 was the year when the coalition government’s austerity campaign and local authority cuts really began to bite. The council officers and councillors overseeing Children and Family Services asked all stand-alone nursery schools in the Borough to produce business plans charting how they could remain financially sustainable; difficult decisions were expected to be made by all settings.

RBKC nursery schools were invited to explore the option of moving to local primary schools and delivering their nursery school offers from there. Maxilla governors strongly believed this was not an option, and that it was important for Maxilla to remain as a stand-alone centre – a centre of excellence with a staff of early years specialists. After much exploration and discussion, it was felt that federation with another nursery school was a way to ensure stand-alone provision was maintained in North Kensington. Maxilla already worked closely with Golborne Children’s Centre and shared a similar ethos, so this felt like a ‘good fit’. Governors consulted with the community and the decision to federate was made in April 2013. A new single governing body was formed to take the Golborne and Maxilla Federation forward.

Throughout this time, it was clear the building was coming to the end of its life; a completely new heating system and partial roof replacement were required. However there was no capital funding and without support from the local authority governors could not take responsibility for continuing indefinitely on the site. Simultaneously, Westway Trust (WWT) approached Maxilla and began informal discussions about how the planned development phase under the motorway would affect the provision, exploring ways to secure Maxilla’s future on the land. The governors met with council officers and councillors and were given the go ahead to explore possible options with WWT. 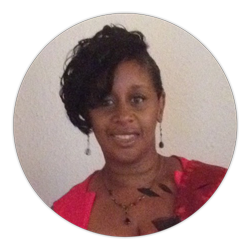 An interview with Ann Marie Bakali & Veronica Jermott, both former parents and members of staff at Maxilla

An essay by Toby Laurent Belson 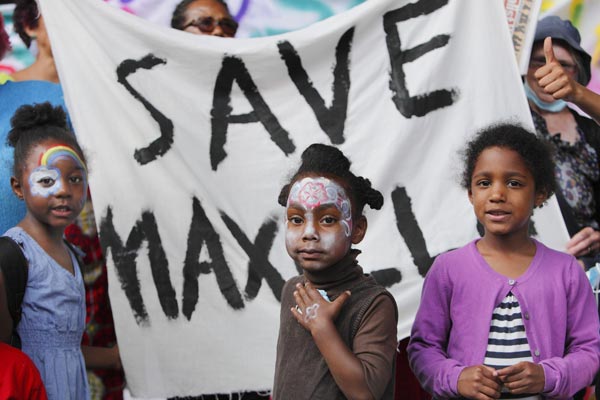 Other than closing both sites or running services into the ground, the only viable option was to amalgamate the nursery provision onto the Golborne site. This decision was not taken lightly and the last thing the governors wanted was to see the closure of this successful, outstanding, integrated service. However, they were left with little choice.

The news was shared with parents and the community in February 2015 and unsurprisingly many were in shock. Here was an outstanding, popular provision, in a disadvantaged area of North Kensington, being effectively shut down. 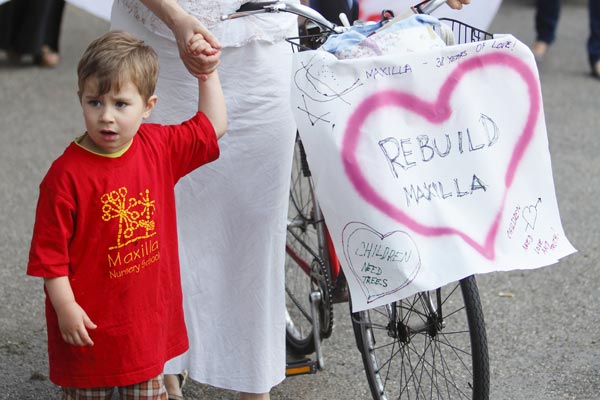 A Parent Forum meeting was called and borough officers, councillors and representatives from WWT attended. This was an opportunity for the community to have their concerns debated, but without an impartial Chair, it turned into an unproductive Q & A session, with well-rehearsed stock answers from the borough representatives and no opportunity for challenge or interrogation by parents.

In light of this, parents campaigned and protested. Over 1500 signatures were gathered and a petition was presented at a meeting of the Council where the motion was debated. The request for Maxilla parents to have their questions heard in front of a Scrutiny Committee was granted. Although concerns were investigated fully by both Conservative and Labour councillors, the committee was unable to alter the decision to move Maxilla Nursery School to the Golborne site and to close the Children’s Centre. 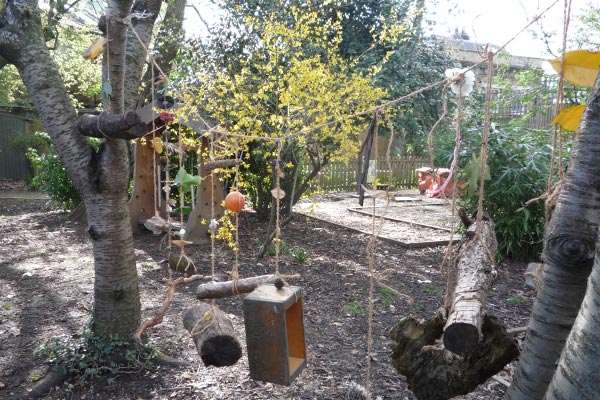 There is no longer a fully integrated nursery school, day care and family support service for 0 to 5-yearolds and their families in North Kensington. Maxilla Nursery School shares a site with Golborne Children’s Centre, based in the east side of Ladbroke Grove, and with the restructuring of children’s centre services into a locality model, the services previously run from Maxilla have been much reduced. 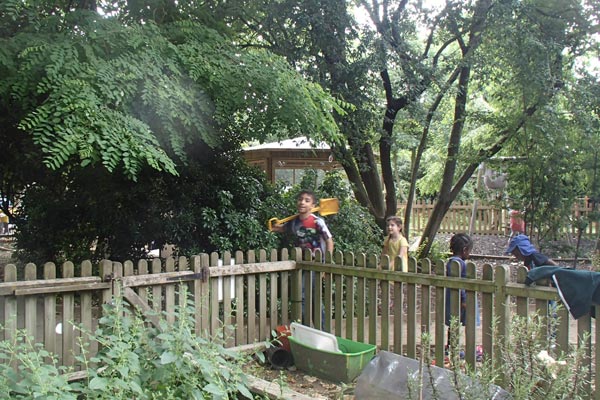 Golborne and Maxilla Federated Children’s Centre now has a short-term lease from Westway Trust on the Maxilla garden and has set up as a forest school provision, enabling all early years classes in primary schools and stand-alone nursery schools in North Kensington to access the space and experience some of the magic that was Maxilla. 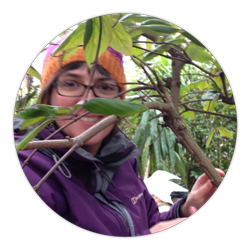 ‘The centre’s popularity, combined with careful timetabling, contributes to the constantly busy, vibrant and purposeful atmosphere ... As one parent put it, “This is our home”.’