Maxilla Under 3s opened on 17 April 1978 with just eight children; the nursery school was completed and opened a couple of weeks later. By the beginning of the summer term the building was full: 52 children in the nursery school, 36 under 3s and a parents’ centre holding classes morning and afternoon in a broad range of subjects.

The nursery school was managed by a headteacher and ILEA, and the under 3s provision and parents’ centre were managed by a co-ordinator (Judy Wilcox) and Westway Nursery Association. 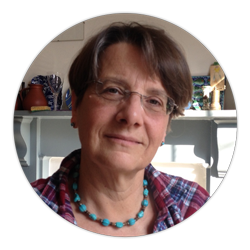 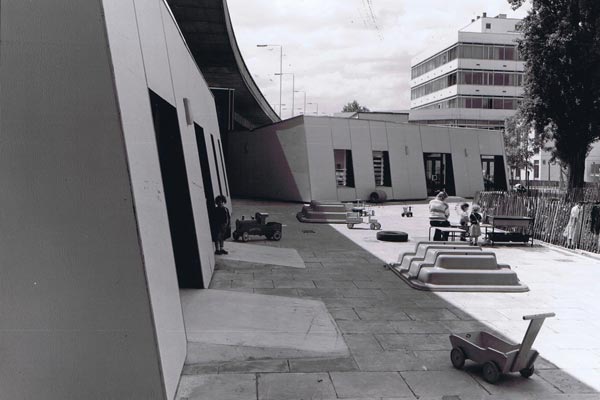 There is no doubt that Maxilla Nursery Centre was a trailblazer. By 1980, it had persuaded ILEA to trial a non-conventional shift pattern for its school staff, so that they worked all year round from 8am to 6pm. This proved successful and continued into the 1990s. In retaining the centre’s ethos and working methods, the relationship between the co-ordinator and the headteacher was paramount. 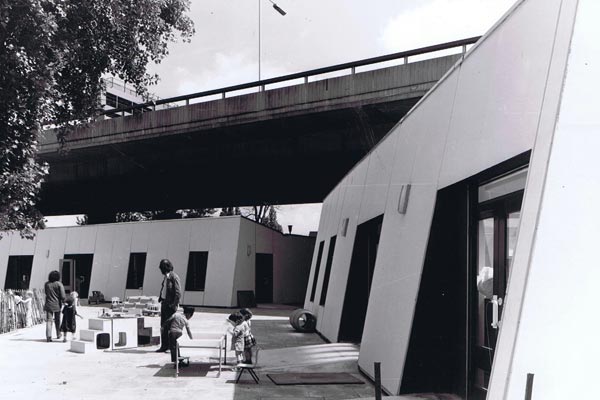 Because of its innovative structure, Maxilla attracted a lot of attention, with many practitioners visiting from both the UK and overseas. It is hard not to believe that the Sure Start model, which was set up some 20 years later, was shaped by Maxilla. 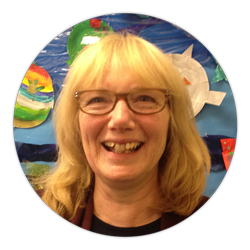 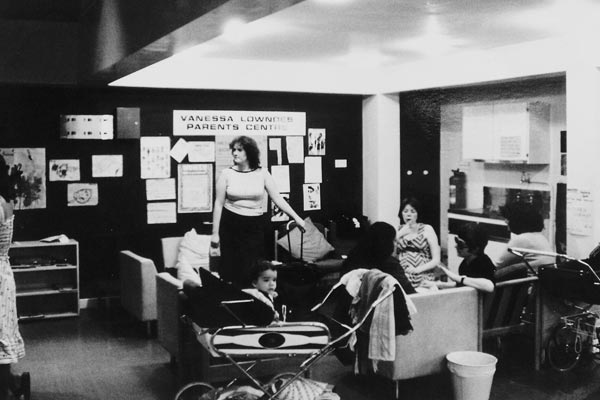 Maxilla’s ethos was founded on parent-centred and child-centred approaches. The work the professionals did with the children was focused on child-centred learning through play, and there was a strong partnership between the professionals, parents and the community; inclusive and positive to ‘develop and promote good childcare practice and to establish non-racist and non-sexist approaches to childcare’ and to ‘recognise that various cultural backgrounds of all those involved in the centre are an asset’. 1984 publication about Maxilla Nursery Centre

The service was open to anyone with a child under 5 who lived within the catchment area. For the under 3s this was the Silchester Estate, Bramley Road (up to the railway line), a small part of Oxford and Cambridge Gardens and a section of Silchester Road. It was a free service throughout, with the under 3s provision mirroring the state nursery offer. It attracted a broad range of people from very different backgrounds, both cultural and socioeconomic, and its diversity was its strength. 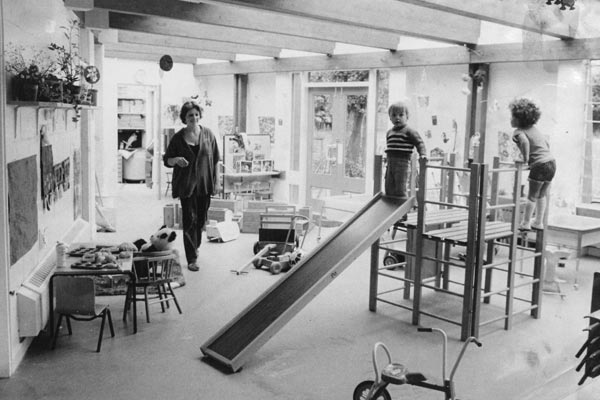 ‘It provided a natural community focal point for everybody in the area to meet … and it provided those links between people, which was very important to all of us when we were bringing the kids up … it was a great support network … we’d put the kids in school then go into the drop-in centre and have a cup of tea and talk to each other … we’d look after each other, we’d look after each other’s kids, there was a lot of mutual support … it just all felt right … It felt like we were giving the kids a very strong beginning in their lives … understanding that they were part of a bigger community initiative.’ Sarah Harrison, former parent, 1989–1994

As well as establishing Maxilla, WNA developed an Under 5s Strategy Group, which enabled community groups to get together and analyse needs in other parts of the Borough. In accordance with these identified needs, they set up additional under 5s services: Longridge Road in Earls Court and Ilys Booker and Grenfell Crèche on Lancaster West Estate.

“A community feel pervaded the whole building. It was never a typical school, it felt more like a community enterprise.”